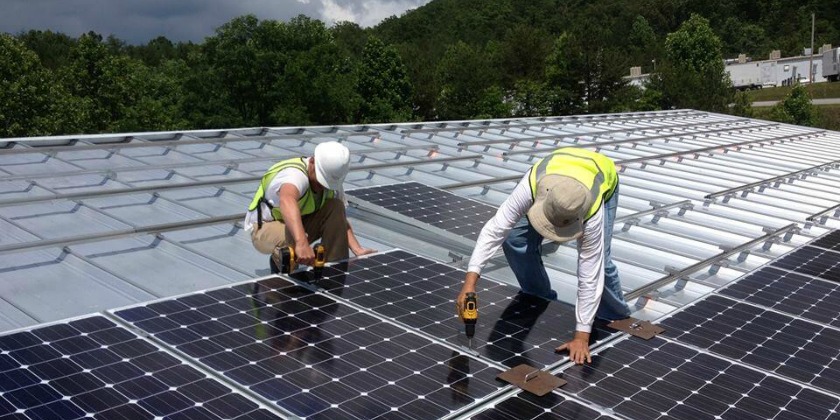 In short, yes it is. Energy changes form, but it does not renew itself and an outside force cannot renew it, although it can draw energy from an outside source.

On the other hand, everything is energy and as far as we know, there is no less of anything now than there ever has been. Matter and energy are part of the same equation; energy changes form but it doesn’t cease to exist. In that respect, all energy is renewable.

What is usually termed renewable energy is energy that uses a fuel source that appears to be endless, continuous, and for the most part not found in storable state.

Solar energy is the most abundant of the renewable energy sources. It takes about two years for a solar photovoltaic (PV) energy system to produce as much energy as was consumed to manufacture it. Photon energy is abundant but not concentrated; this requires massive area coverage. In locations where a large amount of energy is consumed, the real estate required for the PV arrays can be a serious cost factor. Using some type of building integrated PV array attachment seems to make the most sense. One major problem with solar PV energy is that is must be stored in order to displace conventional steam producing energy sources. Over all, PV energy is the most renewable source of energy we have.

Wind is a result of solar convection due to the earth’s rotation, local terrain and air temperature; this being the case, wind energy is variable with regard to location, time of day and time of year. Energy storage is necessary if wind energy is to displace conventional steam producing energy sources. Wind energy is probably the second most renewable energy source we have.

Hydroelectric energy that uses dams is limited to existing rivers and bodies of water. This type of energy currently provides about 20% of the world electrical power. The advantages of using hydroelectric energy are, flood control, potential energy storage, and recreation areas are created; these power plants create many economic benefits besides generating electricity from a renewable energy source. The disadvantage is mostly the effects on the ecology of the river system. The long life of hydroelectric generators makes them an excellent renewable energy source.

Biomass steam generators are quickly becoming a replacement option to coal steam generators. The limit to this renewable energy source is available land and water resource; otherwise, it has the on-demand energy delivery like coal but has a carbon-negative footprint.

Geothermal energy derives its energy from the internal heat of the earth and is an excellent source of renewable energy. The limitation for now is that it is only available in locations where the earth’s mantle is proximate to the Earth’s surface.

Renewable energy and clean energy are dissimilar with regard to the energy source. Nuclear energy is considered very clean since the emissions are produced only from construction and maintenance of the facility. The chart below shows the proportion of energy generated to CO₂ emissions for each generators lifecycle. 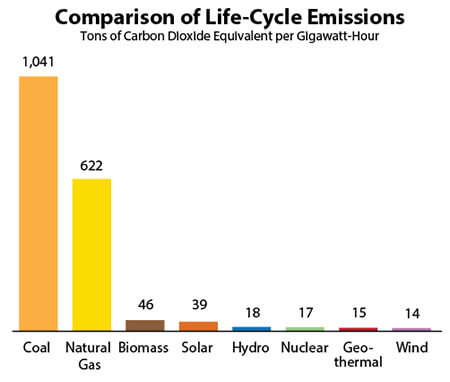 If nature can renew the energy source in a period equal to or les than the period in which we consume the energy, consider it renewable.