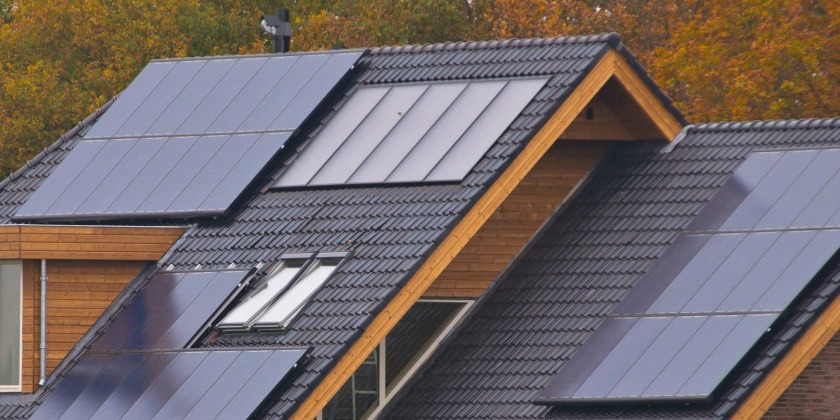 Photonic energy is a wave particle that travels at a speed of approximately 300,000 kilometers per second (186,000 miles per second). Almost everything reacts to this energy when contacted by it. The most common reaction is conversion to heat. Plants convert sunlight to chemical energy (complex sugar). The sugar is stored and used by the plant to live and grow.

Humans have also learned how to convert the solar energy to usable energy. We convert solar energy directly into two types of energy for use.

Solar Thermal energy can be used instantly and it can also be stored as hot water or oil in an insulated container. The storage is usually for no more than a day. This is the most efficient conversion of solar energy to usable energy although it may not be the most cost efficient method. Small-scale solar thermal systems require expensive equipment to capture solar energy, convert it to thermal energy and then store it for later use. The net conversion efficiency is around 30% for the average home.

Photovoltaic energy (PV) is used instantly since electricity travels close to the speed of light, although it can be converted and stored as chemical energy. Chemical energy storage such as electrolyte batteries or hydrogen provide 24-hour usage of solar electric energy. It also adds cost to the solar electric energy system. The net conversion efficiency of the average PV system without energy storage is around 13% to 16%. Energy storage will reduce that efficiency to 10% to 14%. Off-grid system net conversion efficiency is under 10%.

Solar electric systems produce around 1% of the U.S electrical energy generation; some areas of the U.S are experiencing close to 10%. Here is what is being done to satisfy electric grid stability as solar electric grows in capacity:

The applications identified above will allow solar electric system capacity to grow without limits.